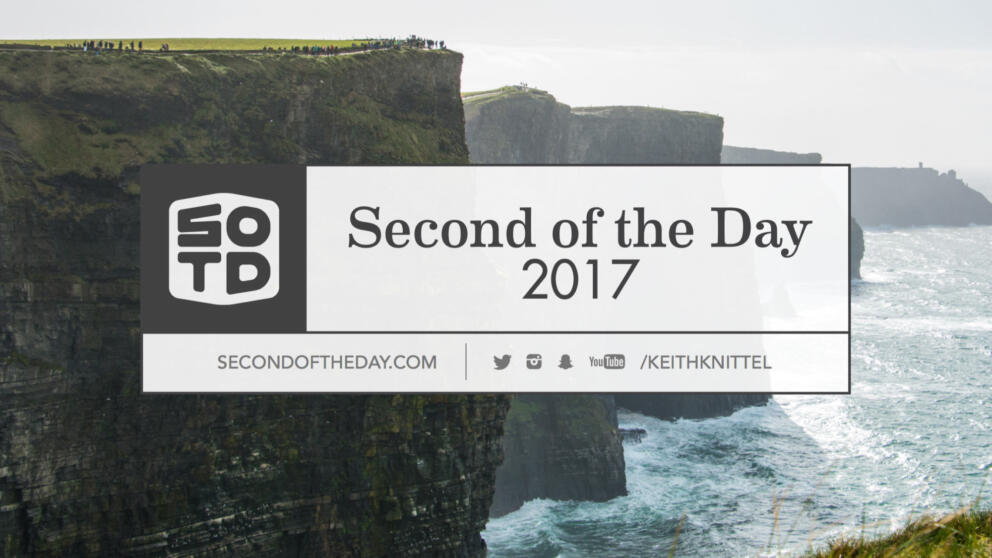 I told myself I was going to ship Second of the Day on January 1st this year, for the first time ever, and it actually worked. The video had to be 100% done, but the website on the other hand is a work in progress.

It's done in the way that all the days, descriptions and locations are in the CMS for 2017 and accessible on the site, but I still wanted to try to have the descriptions, titles and locations show up while the video was playing. I got a crude version of it up while I was making the site with last year's video as an example (linked in the related post below). The more I think about it - the more I realize the way I was doing it was wrong. Should I still do it just because I said I was going to do it and knowingly do it the wrong way for 2017's site? Or do I learn to do it and do it the right way for 2018?

The obvious answer is learn to do it the right way and go back and update 2017's website, but time is against me. I'm not sure I want to sink that kind of time into 2017's site while I could be getting a head start on 2018's site and making it as good as it can possibly be. Every year is better than the last, but getting everything edited and shipped out the door is a chaotic dance as it is - just to do it again the next year. It's like some kind of design cardio that never ends.